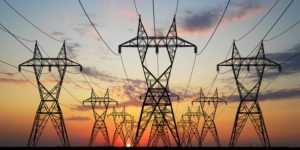 The billionaire founder of Tesla, Elon Musk, has announced to build the world’s largest lithium ion battery for the purpose of storing renewable energy in South Australia. Tesla has partnered with a French energy utility company called Neoen. Musk has promised to make the 100 megawatt (MW) battery farm in exactly 100 days and he was challenged by Mike Cannon- Brooke’s challenge which is also a massive tech company in South Australia. The Tesla-built battery will function around the clock and be able to provide additional power during the time of emergencies.

The 129 megawatt hours (MWh) battery will be prepared by linking an array of lithium ion batteries to the wind farm called Hornsdale. This battery will be able to output 100 megawatts (MW) of power at a time and the larger one will be able to store 129 megawatt hours (MWh) of energy. If it is used at its full capacity, maximum output can be provided for more than an hour. Each Tesla commercial-scale powerpack batteries will be working in a modular network and is about the size of a large fridge which is basically 2.1 meters tall, 1.3 meters long and 0.8 meters wide. It would weigh about 1200 kilograms each. It will have greater storage than the next biggest lithium battery which was built by AES this year in South Carolina. The high power capacity will be available in quick bursts in order to keep the frequency in the right range.

Why is Tesla making it in South Australia?

The main reason of the agreement between French renewable energy provider and Neoen started with a bet placed by Elon Musk and CEO in March. The bet was if they couldn’t deliver an operational battery- powered energy system to the state within 100 days, they would give it for free. After an electricity grid interconnection agreement has been signed, Mr. Musk’s 100 days will start. Unlike before, large-scale battery storage is now both possible and workable.

The battery will put South Asia at the forefront of global energy storage technology. In South Australia, people are suffering from various electricity problems such as widespread load shedding at times and blackout lasted all over the state in September. Last September, about 1.7 million residents didn’t have access to the electricity for a duration of 2 weeks. This statewide blackout was caused by a 50-year stormed which damaged the core infrastructure. These numerous blackouts have caused a politically combative issue between the state and federal governments. In 2017, it was so humid due to the summer season in Australia. Hence, causing more blackouts that year. This motivated the South Australian Government to prepare an energy plan that cost around 550 million dollars in the near future.

SA wanted private sectors to be interested and keen to build as well as operate a big battery. In this process, taxpayers would contribute and the Government would have the authority to use the battery according to the demands of people. Besides Neoen and Tesla, 91 private sectors were interested but their bid was greatest among all.

How much will it cost?

Forbes published the news of Tesla’s world largest 100 megawatt (MW) battery farm to cost around 200 million dollars to 240 million dollars. According to reporters, the project would cost upto 150 million dollars set aside for the alternatives of renewable energy. By stabilizing the South Asian network, the pressure of the prices will become less. It will keep a lid on wholesale electricity prices as gas generators will find it difficult to increase prices up to great levels.

Lyndon Rive, battery division head of Tesla, initially suggested a price of 400 US dollars for 600 kWh. Due to this, the 100 megawatt hours (MWh) system would cost around 66 million dollars. On the other hand, the founder of Tesla itself had previously announced the prices will be significantly less than previously mentioned prices. He estimated the price of the system would cost around 33 million dollars.

What are the risks?

Tesla, Neoen and the South Australian Government have their reputation at risk because if this whole mission fails, hopes of many citizens will be let down. To add to this situation, Elon Musk has staked his credibility on building a huge working battery farm within a time limit of 100 days. This adds more pressure and risk to them. Even though, previously Tesla didn’t fail to accomplish a mission on a much smaller scale.

Whereas the South Asian governments need to commit to fixing recent multiple power problems that have occurred in the nation. If this Tesla and None’s  battery farm won’t operate until the start of summer season in the South Australia, residents of that place will be prone to more blackouts which also leads up to Jay Wetherill’s Labor Government heading to the polls next March.